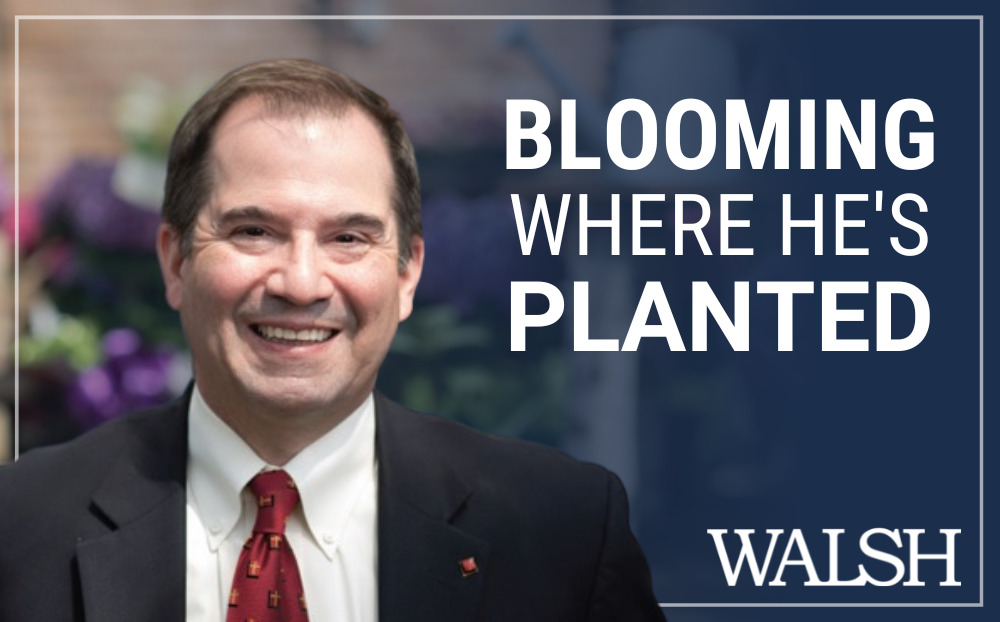 In 1937, a humble cigar box held some of the first profits at Viviano Flower Shop in Detroit.

Four generations on, the Viviano family still runs its eponymous floral business, with more than 200 employees and five locations in southeast Michigan.

Third-generation co-owner Paul Viviano (MSF ’95) attributes the success to his father, who he says got “new energy” as Viviano and his brother Peter joined the business in the 1980s. “With us working together, we grew the business together,” says Viviano, who grew up sweeping the floors with his siblings and now works alongside his four grown children.

Viviano’s first responsibilities after he graduated from college were back-office duties that included things like managing accounts receivable and payable.

He soon realized that something was missing.

“It quickly became apparent I needed the financial education,” explains Viviano, who had completed a double major in chemistry and business administration at Hillsdale College in 1983.

After trying another university for a couple of semesters — where he says there was “limited” engagement and excitement — Viviano visited Walsh College after hearing about it from an acquaintance.

From the beginning, he says, something was different.

“Going to Walsh reminded me of that private atmosphere you get from a small school,” he says. “The teachers knew who you were, and I liked that engagement.”

Two professors Viviano remembers fondly are Harry Veryser — with whom he’s still in touch — and Joseph Drolshagen, the former director of the Master of Science in Finance program, who was “extraordinarily helpful.”

“To this day, my wife says that I got a degree in Joe because I took so many classes from him,” Viviano says. “I learned a great deal from him.”

“I loved the way he responded to people — he never grimaced or scoffed; he would say, ‘That’s an interesting point,’” Viviano says. “He was gracious and excited about teaching — you could tell.”

Viviano, who counts golf as a favorite activity, is also an avid reader, especially in history and biographical works. He says he “loves” to read and learn and would have continued at Walsh to earn his economics degree, except for one thing.

“My wife, who was holding down the fort at the time, said, ‘No, no … that’s enough — you’ve done enough school,’” laughs Viviano.

Like most Walsh graduates who work full time, earning an advanced degree comes with a price: little to no free time. Viviano says his wife, Caroline, was a “rock” during those years when the couple’s children were young and he was working, taking classes, and studying.

“We had small children at home, and my wife was pregnant with our fourth,” he says. “It wasn’t easy — there were some sacrifices. But in the long run, they bore fruit.”

Now, as one of the owners of metro Detroit’s largest florist, Viviano says that things have changed since those early days. In addition to the swath of locations, there are now layers of management and other things that make running a small business “complex,” he says.

“Supply issues are an ongoing headache,” he notes. “There is a lot of stress running a company this big with constantly changing regulations and the battle for employees.”

As he readies the company for further expansion, Viviano — whose business services the automotive industry and several auto shows, weddings and events, and daily orders — says he would not trade what he does for anything.

“I have a lot of energy still and want to grow the business, doing the best I can to service our customers and make our clients happy,” he says. “I wouldn’t have it any other way.”

True Grit: Lessons learned growing up have driven Jason Krug through college and beyond
July 27, 2022

Celebrating 100 Years: Power Couple Powers Up Centennial Campaign
July 15, 2022
Go to Top
We use cookies on our site to provide you with a better online experience. If you do not want to receive cookies, you can change your cookie settings. Please visit our Privacy Policy for more information. By using the site or clicking on Agree, we assume you agree to this and our Terms of Use. Accept All
Manage consent