True Grit: Lessons learned growing up have driven Jason Krug through college and beyond 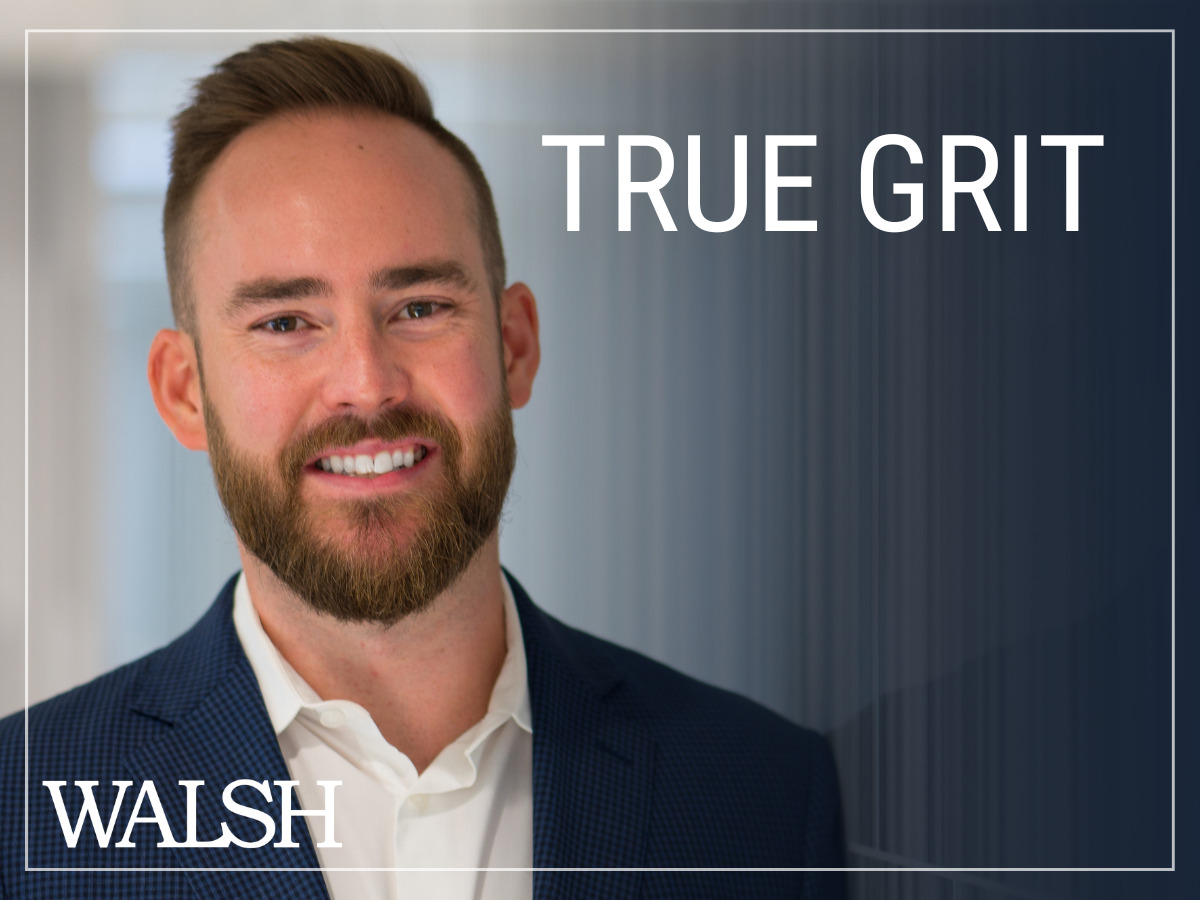 Jason Krug is not one to back down from a challenge. From earning his BBA in 2011 and the dual Master of Business Administration and Master of Science in Finance just one year later through Walsh’s innovative FastTrack program to wrapping up more than $1 billion in commercial real estate sales last year, Krug takes it all in stride.

Success didn’t come easy — He learned from an early age that if he wanted something, he had to work for it. “My brother and I grew up in a blue-collar family, and I believe that laid the foundation for my overall work ethic,”  says Krug, a managing director at Berkadia, a commercial real estate investment sales, mortgage banking, and loan servicing company located in Southfield.

Krug’s mother was a seamstress, and his father drove a truck for a living. “We did not live in the fanciest house or go on lavish vacations,” he notes. “If we wanted something, we had to work for it, and looking back, I would not have wanted it any other way. Things were not just owed to someone for simply existing.”

The fruit of Krug’s work ethic has recently caught the eye of the Detroit business community. In November, the 35-yearold was honored as one of Crain’s Detroit Business magazine’s “40 Under 40” recipients, most notably for putting together three multifamily deals in Michigan in 2020-2021 totaling more than $400 million: a $130 million property in Macomb County, one for $180 million in Ann Arbor, and another worth more than $110 million in west Michigan.

In addition to the Michigan territory, Krug’s team of six also covers the state of Ohio. Actual sales from 2020-2021 for both Michigan and Ohio include 30 properties sold, bringing the total to $1.2 billion. Of the 30-plus properties sold, Krug says most went to out-ofstate buyers. He adds that there has never been a time like the past 18 months in terms of sales volume and interest from outside the Midwest.

“It’s been insane,” says Krug, who began working at Berkadia 15 years ago as a 21-year-old analyst while attending Walsh College full time. The Great Recession marked his early career, a much different environment for commercial real estate. Then, tenacity and grit defined the success of brokers challenged by a weak market. Fortunately, those were traits Krug had honed not only through his childhood but also through his time at Walsh.

“At Walsh, if someone is willing to put in the work, you can get a tremendous education in a shorter amount of time,” he says. “It’s not easy — you have to be disciplined. But that was very motivating for me as I was already in the workforce.”

Krug recalls his time at Walsh fondly, especially professors like John Moore, Ph.D., professor and chair of Walsh’s finance and economics department, who provided a practical approach in the classroom. “I didn’t want to go to a big college and learn from somebody out of a book,” he explains. “[Professor Moore] had real-world experience, he was in the field, and he challenged me in ways that were thought-provoking and relevant to business today.”

There’s no question that Krug enjoys a good challenge. He is setting his sights on breaking more commercial real estate sales records during the next 12 months.

His hobbies aren’t for the faint of heart, either. Krug trains at his local CrossFit and competes in 36-to-60-hour endurance challenges that combine strenuous Midwestern farm chores with military boot camp, trail running, and strongman training.

That, plus raising a young family, has kept Krug on his toes in recent years.

Fortunately, the time spent working and going to school full time 15 years ago taught him a few things, namely that the early bird gets the worm.

“I was not much of an early riser growing up, but with the work and school load, I was forced to wake up early,” he says. “This was eye-opening for productivity reasons, but also made it a touch easier when I found out how little sleep you get as a parent.”

Full-Court Press: Domenic Policicchio III, BBA-MGT ’18
February 14, 2022
Go to Top
We use cookies on our site to provide you with a better online experience. If you do not want to receive cookies, you can change your cookie settings. Please visit our Privacy Policy for more information. By using the site or clicking on Agree, we assume you agree to this and our Terms of Use. Accept All
Manage consent